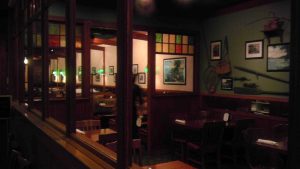 At the Oakwood Bistro you will have the pleasure of experiencing the newest trends in casual fine dining: sophisticated and eclectic cuisine in a neighborhood atmosphere. Enjoy flavorful dishes prepared by Chef and Owner Ryan Soule and his gifted team as you choose from a bold and diverse menu ranging from traditional American fare to classic European cuisine. Inspired daily features are always fresh and exciting, ready to satisfy the boldest of appetites and add even more excitement to your dining 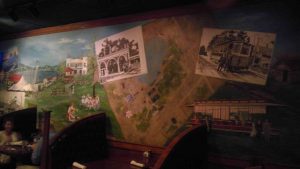 Originally from St. Joseph, Michigan, Chef Ryan has worked in kitchens throughout the United States where he developed a knowledge and interest in different regional cuisines. After graduating from the Western Culinary Institute in Portland, Oregon, where he was able to capture the essence of Pacific Northwest cuisine, Chef Ryan moved to Jacksonville, Florida to work at the prestigious Sawgrass Country Club. It was there that he learned the art of seafood creativity. Chef Ryan then moved on to Savannah, Georgia where he became a Chef at The Landings Club. This is where developed a taste for Southern fare; arguably some of the best comfort food around. It is the fusion of these regional cuisines that result in the many unique and delicious dishes here for you to try at the Oakwood Bistro. 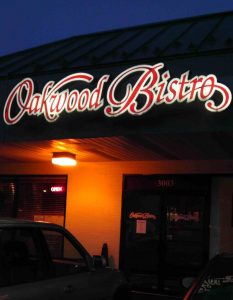 Since it’s opening in 1997, the Oakwood Bistro has set the standard for outstanding food and comfortable surroundings in Kalamazoo. Previously “Frank and Gordon’s”, the Oakwood Bistro has often been mistaken as a vegetarian restaurant, but it is NOT. Mouthwatering options are available for all tastes and preferences, including for those people with gluten and other food allergies. As the father of a son with autism and gluten-sensitivities, Chef Ryan is especially responsive to the frustrations of those trying to find appetizing food in a restaurant while on a food-restricted diet. He is also mindful of the effect that food has on our health and environment and uses local and organic selections whenever possible. You will taste and feel the difference from his knowledge and interest in different regional cuisines.

From the time when Ryan Soule became the Chef of the Oakwood Bistro in 2003 and the owner in 2009, the restaurant has consistently received outstanding reviews by critics and patrons alike. A distinctive meeting place for family, friends, and business associates to enjoy serious food in a friendly atmosphere, the Oakwood Bistro truly offers one of the most unique and delicious dining experiences in Southwestern Michigan.

“We can bring our well known Oakwood Bistro fare to your event!” 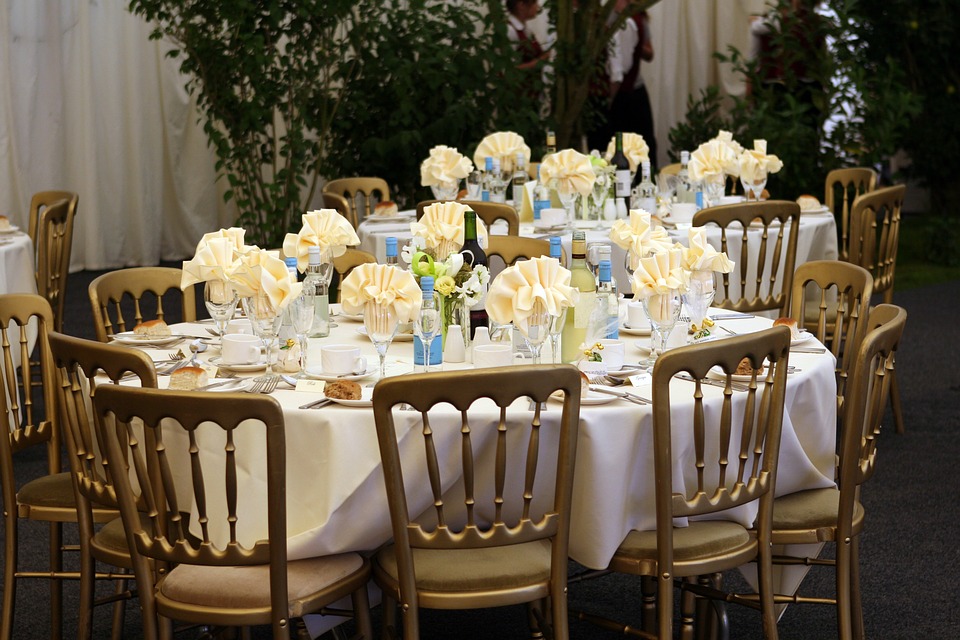 The Oakwood Bistro is available for all your catering needs.

Our talented team is available for breakfast, lunch, dinner, residential or commercial events. We cater any size function or event and are committed to providing you with exceptional food and service. We can create a menu and catering package specific for your needs and budget while working with you on the planning of your wedding reception, rehearsal dinner, graduation party, birthday party or corporate event.

Check out our catering menu by selecting "Catering" from the drop down selection on the Main Menu to view a sample of items that we can provide for your event.

For questions concerning catering events call 269.344.5400 or send us a message using our CONTACT form.

We look forward to working with you,